Two squads of eight lads, playing 5-a-side football for 36 hours in order to get into the Guinness Book of Records. Â Sounds easy doesn’t it? That’s a day and a half. Â 72 episodes of Eastenders, 720 boiled eggs or 24 eleven a side matches back to back.

Over the 13th, 14th and 15th May 2011, Paul and his friends, backed by an amazing group of volunteersÂ passed the 36 hour record, passed the 38 hour target and went straight on to 40 hours!

All of this was in memory of Billy Newton, Paul’s father, who he lost to Wegener’s Granulomatosis in 2010.Â They raised just a shade under Â£15,000 for the Wegener’s Trust, an amazing contribution! 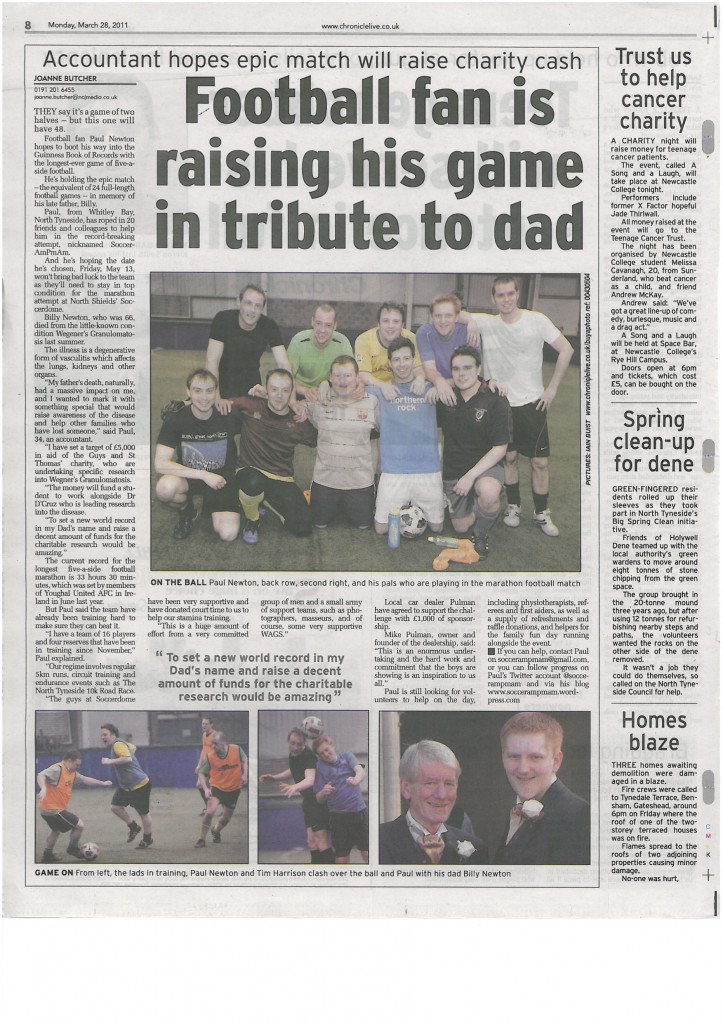